A frog he would a wooing go / Frog Went A-courting

This old folk song is telling a simple and playful story with a tragic end. There's a frog who wants to marry a mouse. Together with a rat, his friend, they visit Miss Mousey. Everything looks good until cat with her kittens arrive ... 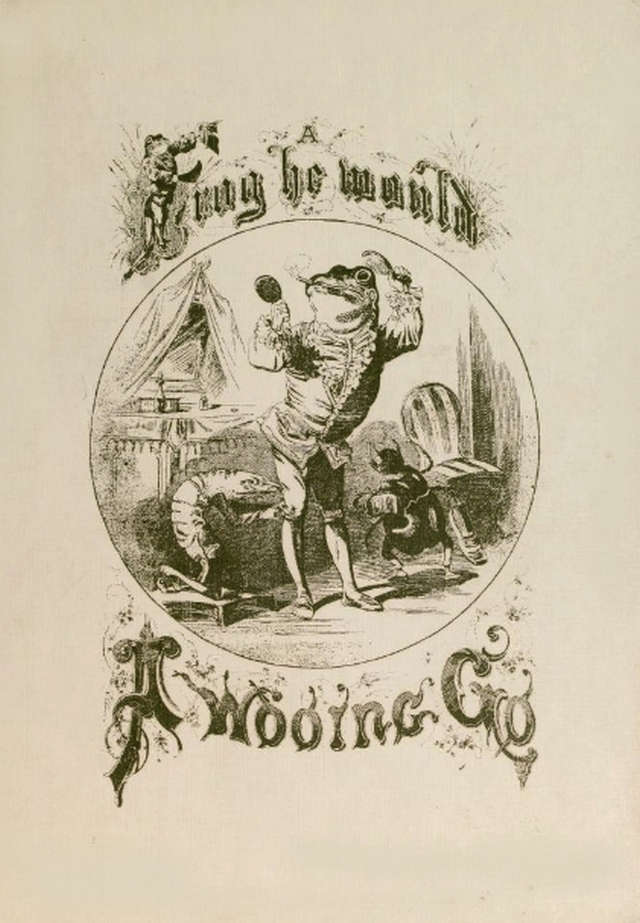 Illustrators loved this song for centuries and there are numerous versions available on-line, with Randolph Caldecott's A Frog He Would-A-wooing Go probably being the most well-known of all. We'll look at another successful vintage artist this time: Henry Louis Stephenson. 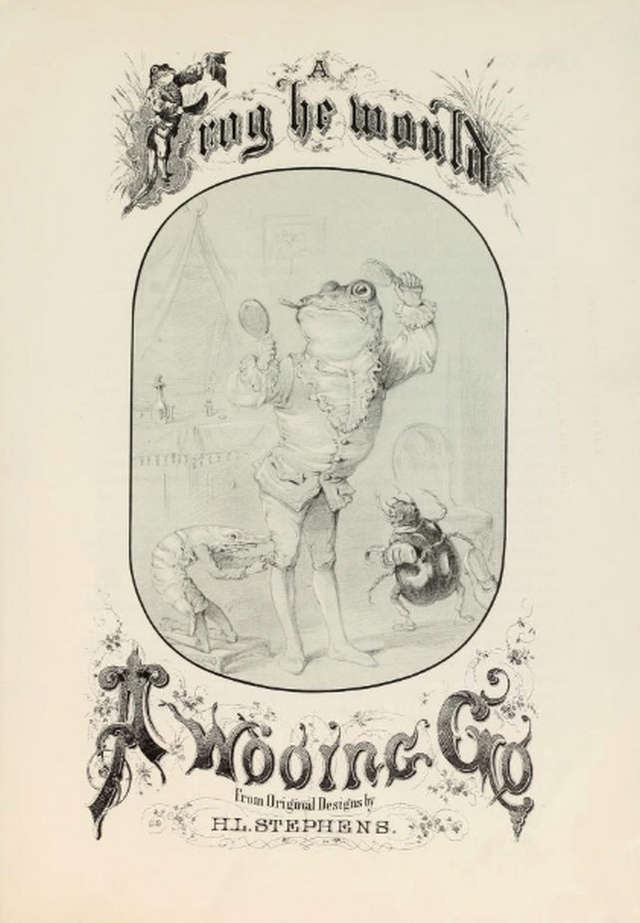 Here is the story about the frog who tried to marry a mouse in pictures: 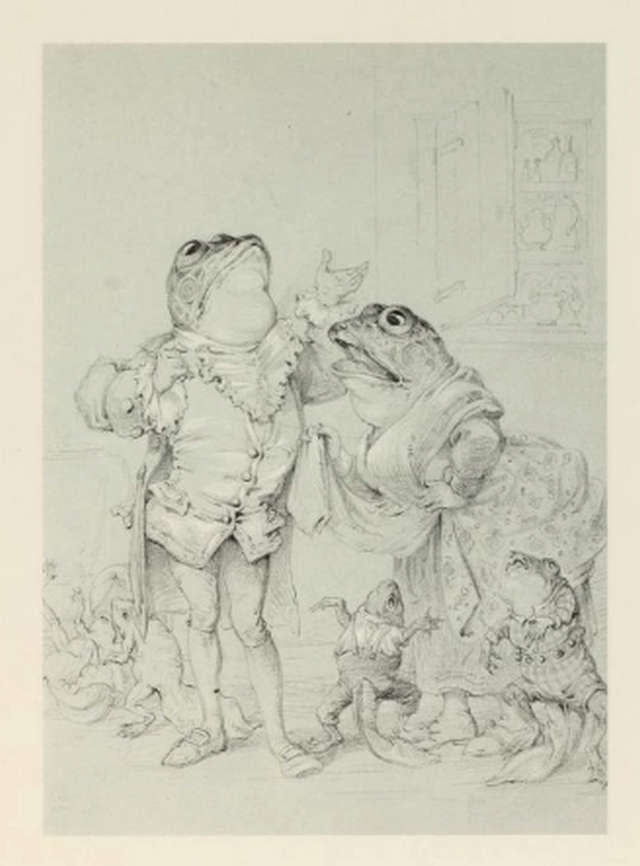 A frog decided to go courting. He wants to marry a mouse. His mother is not happy about this decision yet is determined. 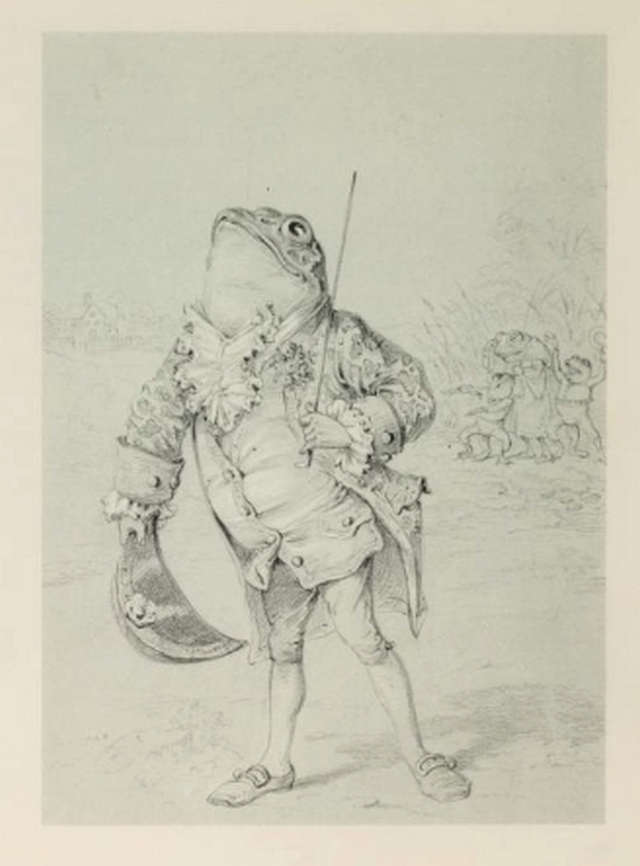 He put on his best suit and his best hat. 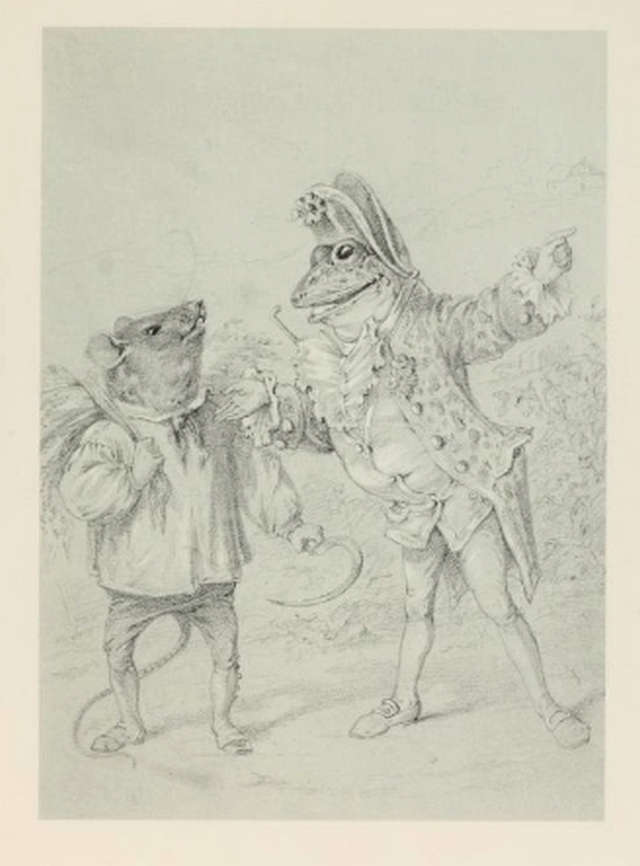 His friend, a rat, went with him. 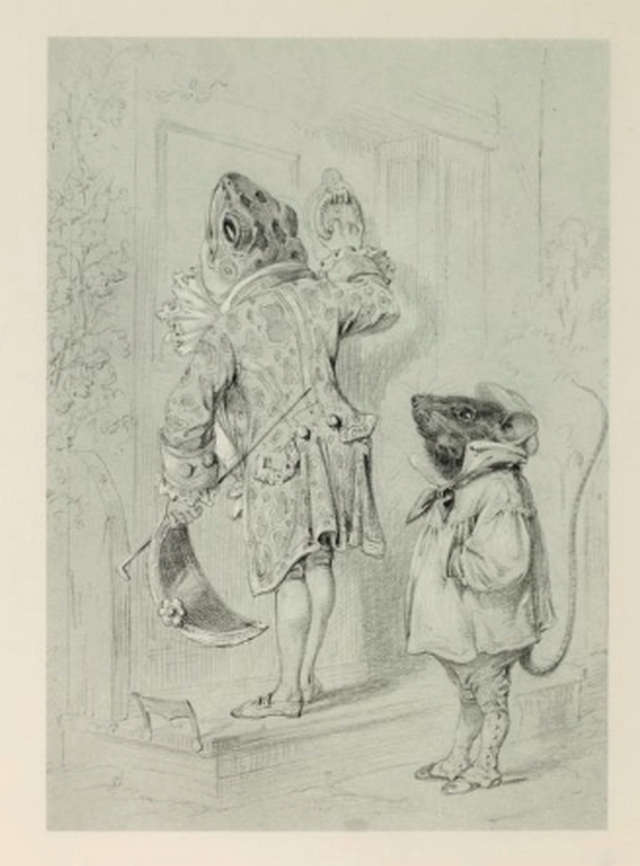 They knock at the Mousey's door. 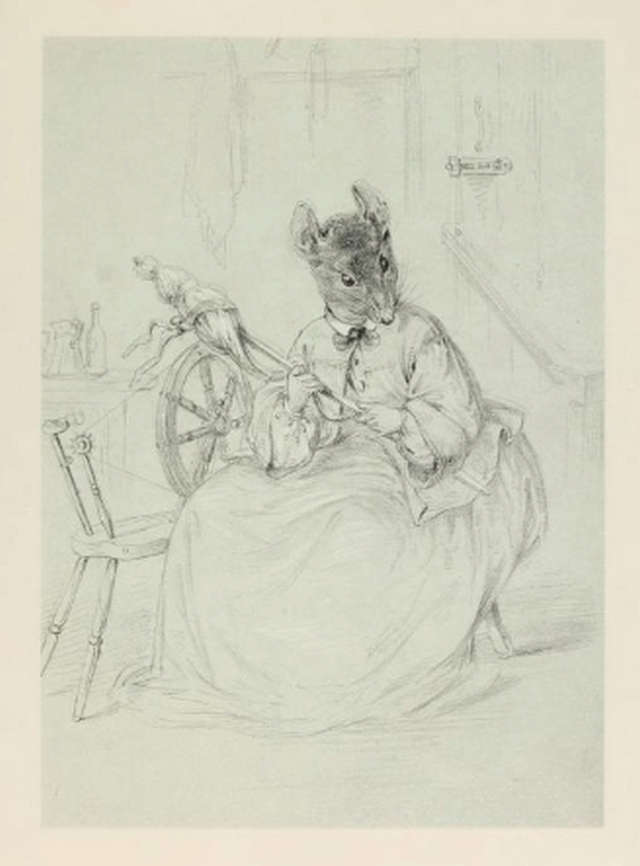 She was at home, spinning. 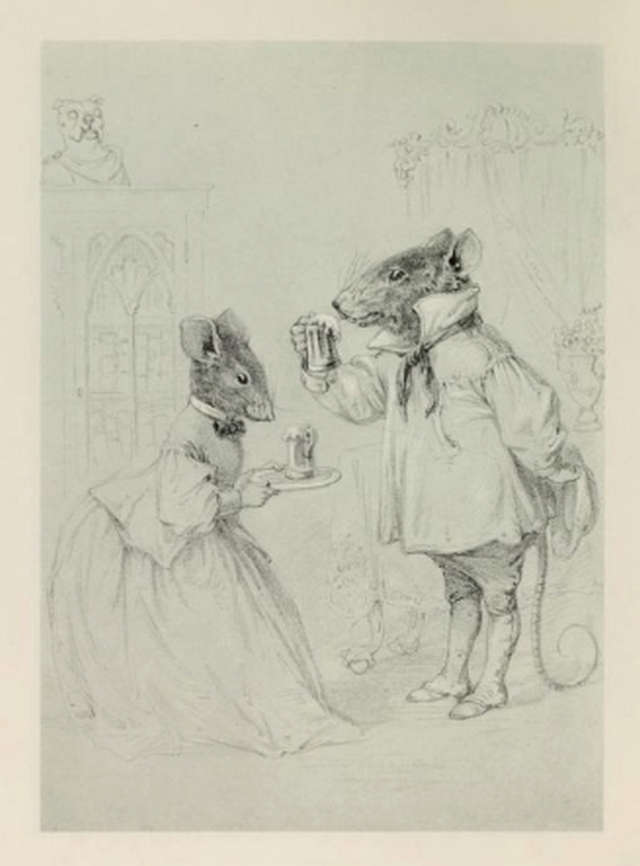 She served them some beer - for good cheer. 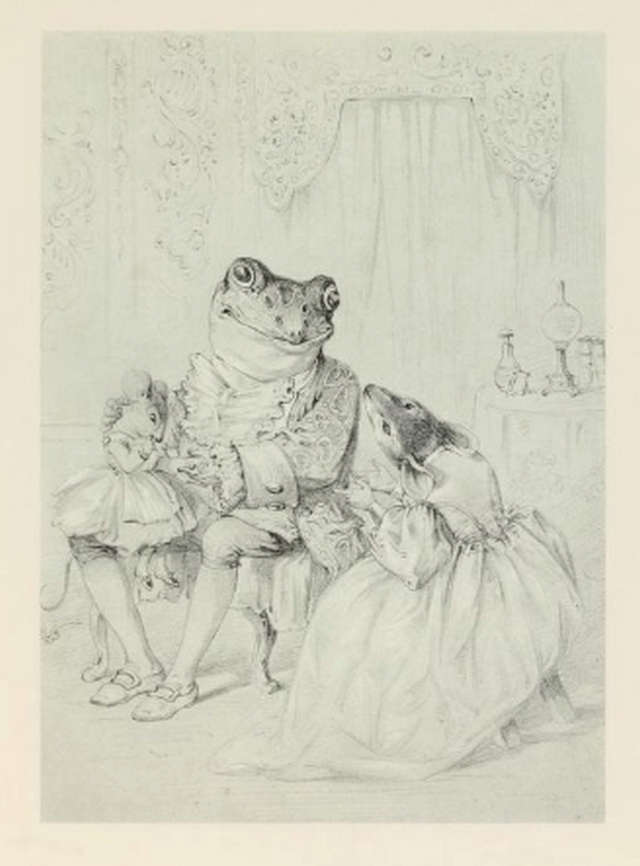 They played a song - but not too long. 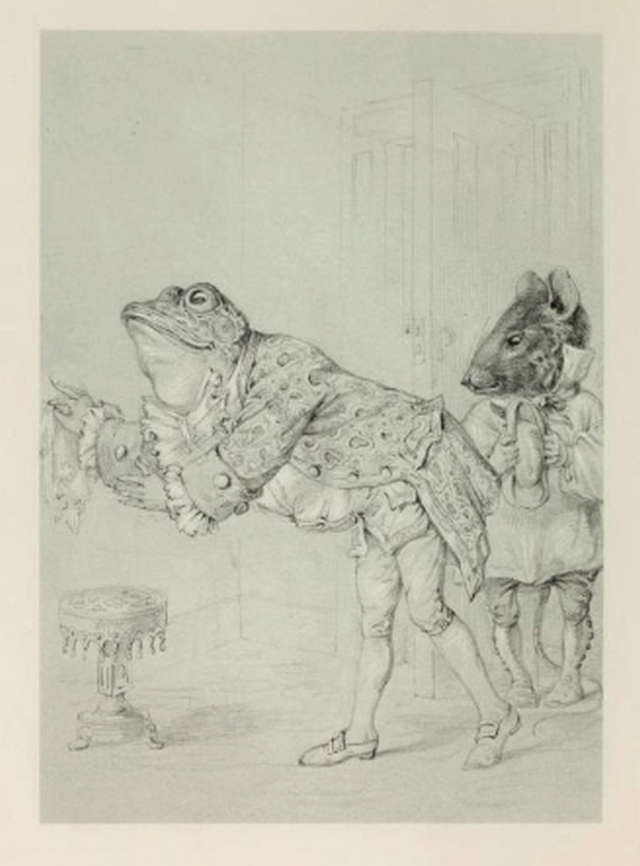 The frog complaint about the cold. 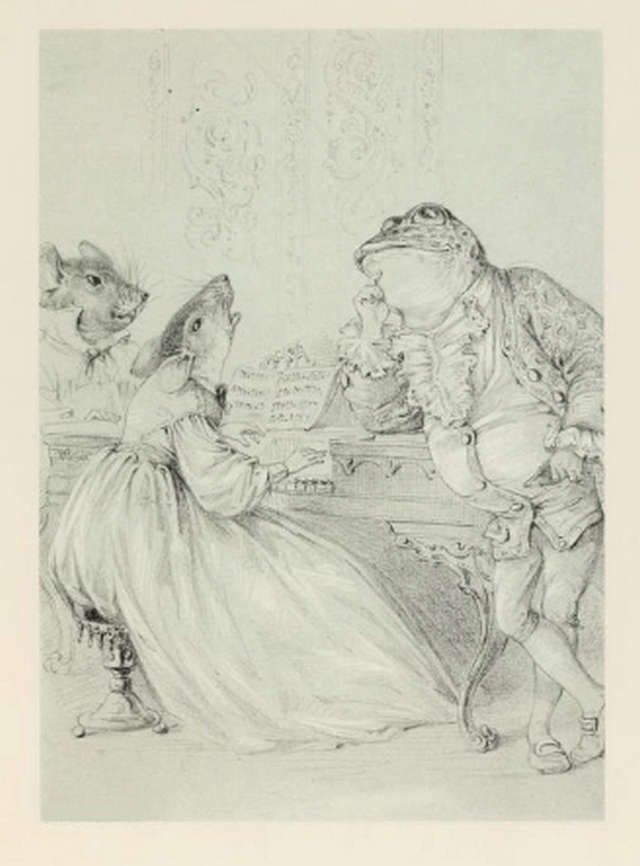 Mousey sat at the piano and sang him a song. 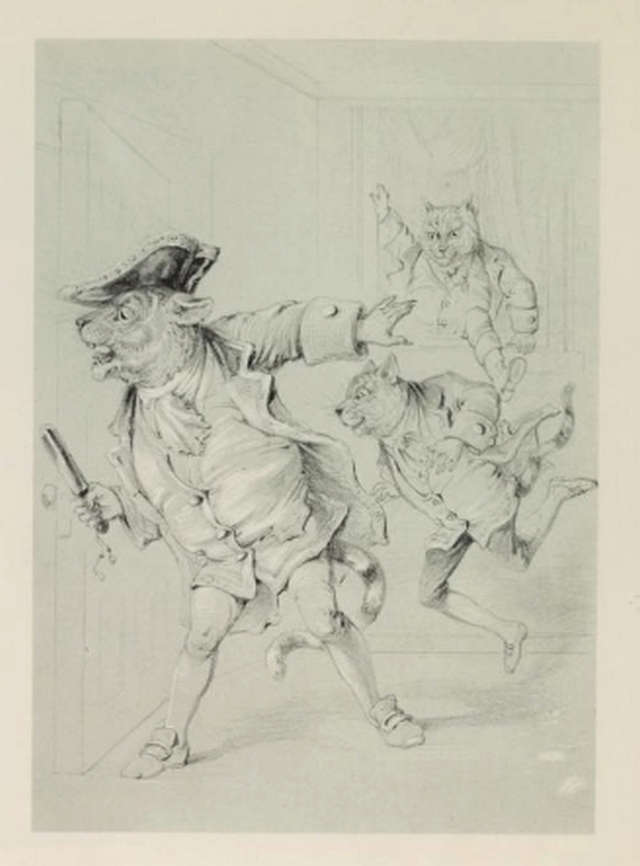 Then the cat and the kitten entered.

Then the cat and the kitten entered. 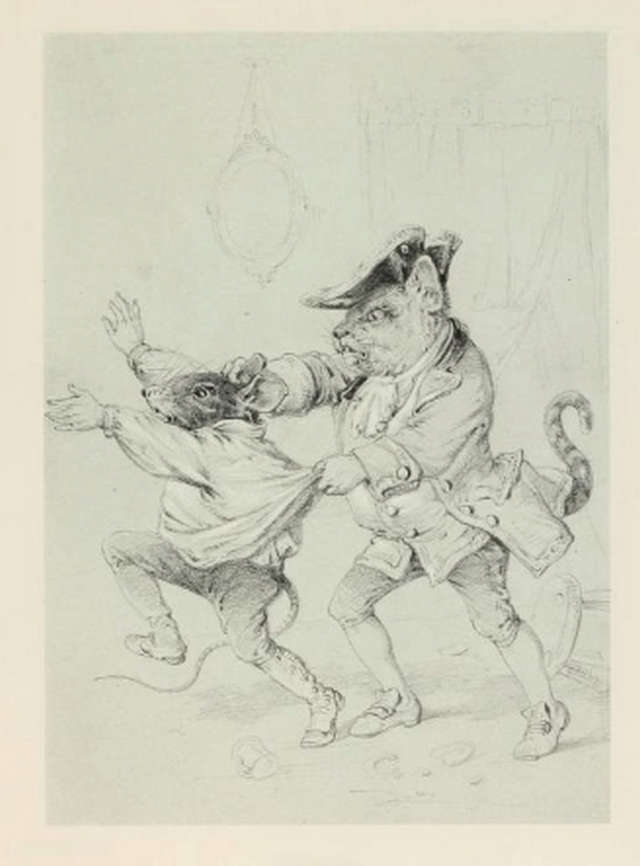 The cat got the rat. 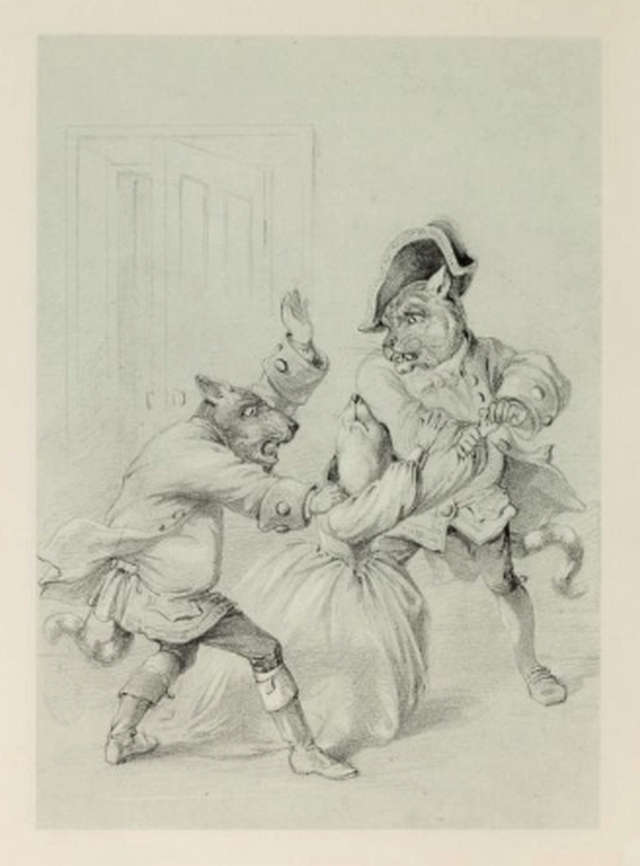 The kitten got the mouse. 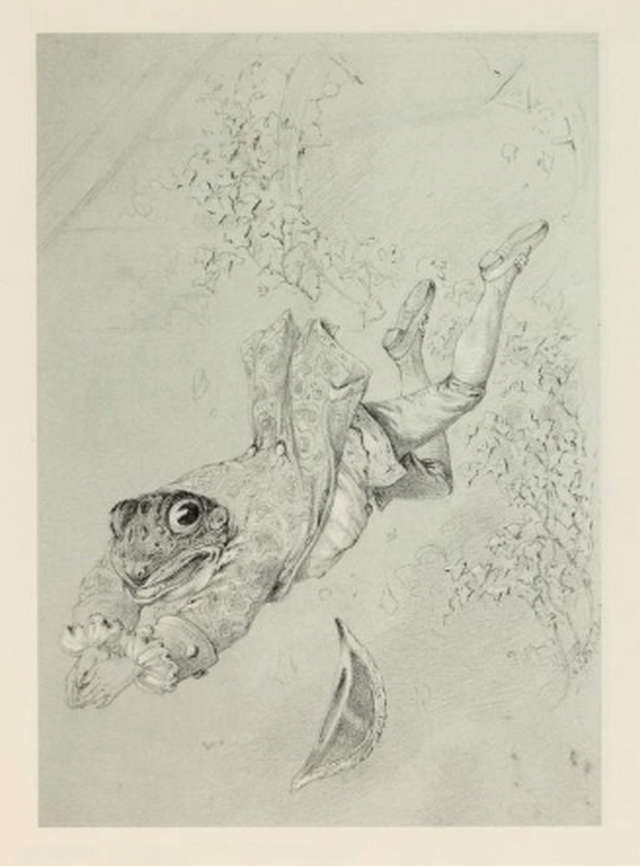 The frog jumped out of the window... 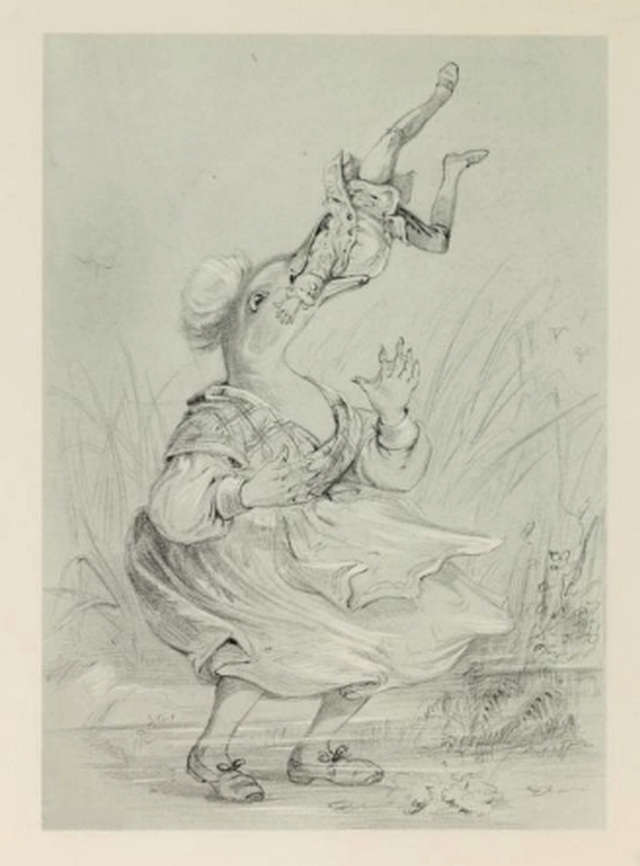 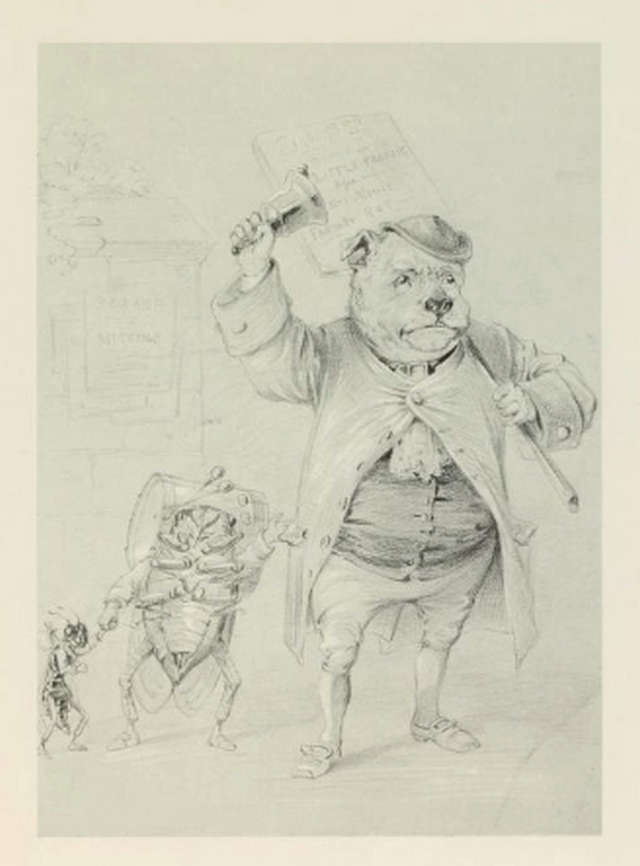 This was the end of the rat, the mouse and the frog.

This book was first published in New York in 1865 in unknown number of copies. If we speculate by comparison with other books of the same illustrator in the same era, the number could be only about one hundred copies.

Originals of this illustrations are at Harvard University.

Maybe just a few more words about the technique. As we can see, Mr. Stephens decided to use several tricks to create the feeling of space with simple line drawing. He was definitely one of the best artists of his time, yet very poorly treated for at least two reasons:

illustration was not considered a 'real' art and it was absolutely inferior to paintings in oils or aquarels;

despite the superb technique of illustration the technology of printing didn't allow to execute many details from originals, so the printed results were very bad copies of originals.

With this post we try to pay at least some tribute to H. L. Stephens (1824-1882), one of the best illustrators of his time, who should be treated similar to his temporaries J. J. Grandville or John Tenniel, both, just like him, masters of anthropomorhised animal characters.

« Hansel and Gretel as an opera by Engelb…
Profile